There are many parameters that influence the analysis of vulnerability and seismic design, and much has been done both of scientific theory and of executive practice in its design. Our country has been severely hit by earthquakes in recent decades and this has led Italian engineering to lead the world in capacity for proposals aimed at safeguarding human lives and limiting economic damage. Surely the development of calculation models has been the backbone of this research activity but we remain convinced that the numerical calculation alone is not sufficient to guarantee the safeguarding and the reduction of the risk being fundamental the technological aspect of the design and therefore of the constructive system possible depending on the degree of seismicity of a territory.

When analyzing the suitability of a construction system, the constituent material is not excluded, and in particular for reinforced concrete structures the correct application of the mix-design cannot be ignored. All with attention to the formal aspects, even of the structure itself, which constitute the triangulation with which the validity of the anti-seismic design is entrusted with numerical calculation and technology. The seismic risk cannot be annulled but also significantly reduced. Therefore, there is a residual risk that must be assessed and compared with what the community intends to accept. It is therefore necessary to determine the acceptable risk understood as that to reduce which measures must be taken that lead to increases in the cost of the work greater than the economic benefits associated with the reduction of the risk itself. The acceptable risk is therefore identified by a cost-benefit analysis [CNR, 2017].

The capacity designit is the ability of the structure to possess margins of resistance that allow it to withstand without seismic action higher seismic actions than those of the project. This is achieved with the hierarchy of resistances and ductility. The first consists in assigning, in the design phase, a differentiated resistance to the different structural elements so that the failure of some precedes and therefore prevents those of others. The latter are the elements whose failure is critical to the global collapse of the structure (pillars). The latter consist of designing the structural elements in such a way that their failure occurs due to the achievement and the overcoming of the phase of elastic behavior to enter that of the cyclic and repeated deformations of great amplitude in the plastic field. The goal is to allow plastic rotations in areas where plastic hinges can form. Ultimately the fundamental objective of capacity design is to avoid the possibility of the formation of fragile breakage mechanisms (ex .: shear failure; breaking of beam-column junctions) and to favor the distribution of plastic hinges in the entire structure avoiding concentrations that lead to the creation of soft plans by creating equilibrium conditions after their formation.

The membrane effect of structures
Seismic structures must meet various requirements. One of these is the membrane effect that is created in the diversified elements called to the resistance, consisting in the genesis of a regime of axial stresses both in the beams and in the pillars, as well as in the plates, of positive effects regarding the resistance of the inflected elements. In particular this is extremely useful in the case of failure. In particular, in reinforced concrete structurescompression membranes are generated after the opening of a lesion and tensile membranous stresses at cross-sections.

It can be affirmed that for reduced lights the compressive stresses of compression are already noticed in correspondence of minimum values ​​of deformation while they are negligible in the case of greater lights while those of traction contribute in a decisive manner to the response capacity of inflexed elements. The influence of rheological factors is of great interest in this regard. In fact, shrinkage and fluage can affect not a little the extent of the membranous compression actions while the values ​​of the tensile membrane stresses are decidedly less influenced. In particular, in the period of evidence of the withdrawal there may be conditions of decrease in the seismic resistance linked, consequently, the possible lower response capacity of plastic hinges both in the short term and in the long term durability. To reduce this negative phenomenon it is necessary to intervene on the greater compactness of the cement conglomerate for the purpose of increasing the cohesion linked to the capillarity and reduced size of the granules for predetermined and appropriate values ​​of the water / cement ratio.

Basically, for the best performance of the seismic resistance of the concrete material it is necessary to act on the gc value which is the degree of compactness of the mixture and the concretes that appear most suitable to meet this fundamental performance are the Concrete Self Compatting [Catalano and Sansone, 2017]. It is possible to quantify the influence of the installation gc on the strength of concrete in the structure through the expression [Collepardi, 2001]:

Since its inception,build-with-bricks has attained new peaks every year through strong team efforts, continuous modernization of plant to improve its efficiency and with continuous hard work. 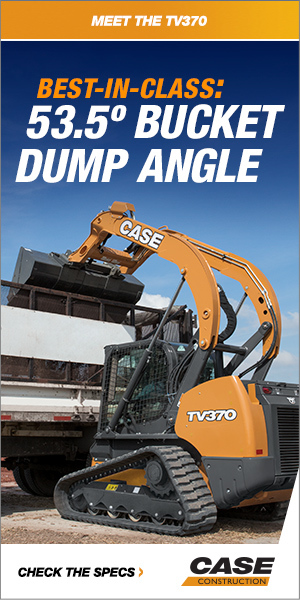 Exterior of the Roman Pantheon, finished 128 AD, the largest unreinforced concrete dome in the world.[1] Interior of the Pantheon dome, seen from beneath. The concrete for the coffered dome was laid on moulds, mounted on temporary scaffolding. Opus caementicium exposed in a characteristic Roman arch. In contrast to modern concrete structures, the concrete used in Roman buildings was usually covered with brick or stone. Concrete, usually Portland cement concrete,[2][3] is a composite material composed of fine and coarse aggregate bonded together with a fluid cement (cement paste) that hardens over time—most frequently a lime-based cement binder, such as Portland cement, but sometimes with other hydraulic cements, such as a calcium aluminate cement. It is distinguished from other, non-cementitious types of concrete all binding some form of aggregate together, including asphalt concrete with a bitumen binder, which is frequently used for road surfaces, and polymer concretes that use polymers as a binder. When aggregate is mixed with dry Portland cement and water, the mixture forms a fluid slurry that is easily poured and molded into shape. The cement reacts with the water and other ingredients to form a hard matrix that binds the materials together into a durable stone-like material that has many uses.[4] Often, additives (such as pozzolans or superplasticizers) are included in the mixture to improve the physical properties of the wet mix or the finished material. Most concrete is poured with reinforcing materials (such as rebar) embedded to provide tensile strength, yielding reinforced concrete. Concrete is one of the most frequently used building materials. Its usage worldwide, ton for ton, is twice that of steel, wood, plastics, and aluminum combined.[5] Globally, the ready-mix concrete industry, the largest segment of the concrete market, is projected to exceed $600 billion in revenue by 2025.[6]